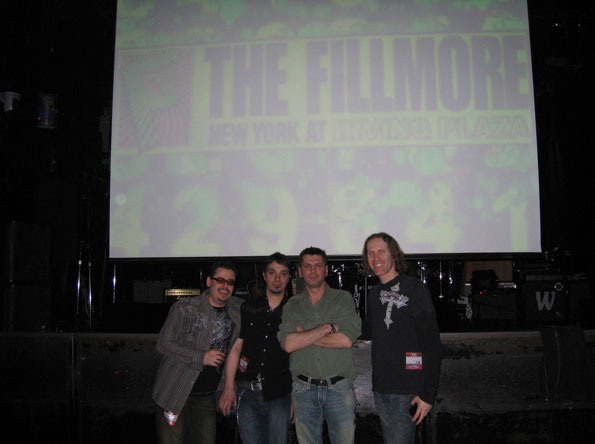 Street tough, gritty and savvy, I decided to check them out live at NYC’s The Underground. It was like sensory overload. I felt like I was standing right next to the speakers, even though I wasn’t anywhere near a speaker. Front man Mio, sings with soaring angst-vibrato that sounds like he desperately wants to prance around Shea, or Wembley. Von is a drummer born to pound the crap out of his skins like a giddy child. Johnny “C” (as big a ham as Mio) favors a psychedelic twinge to his solo freak outs. Guiesep is by far one of the better looking band members and punched out big bad bass riffs throughout the entire set. Between their smoking, spitting,  bloody knuckles, and trashing personality, they leave quite an impression on and off stage. They kind of remind me of a mix between the first time I kissed a girl  and my first black eye. – Greg Bussel